upon laying eyes on these two, in which direction would they sail? 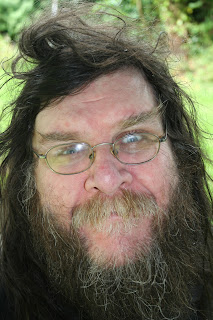 To the ends of the world or back to dry dock? 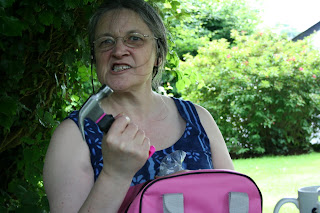 from one tugboat to another
XXXXXXX
Posted by Corinna at 13:05 2 comments:

MSN had a 'cars that are nearly extinct' photo gallery this morning which I was perusing idly whilst waiting for the kettle to boil.  I am not sure why this gallery, in particular, drew my attention, but it did introduce me to a little stunner that would be so ideal for poodling around the Devonshire lanes.

And with a name like the Daffodil - made by Daf during the albeit brief period of 1961 and 63 - it would have been a must for the dotty Mrs Jonathan Downes of the CFZ.  She is so cute (the car not the peculiar lady mentioned - now that would be a trumpet blow too far).   She also looks more 50s to me than 60s (again the car), but  a beauty nevertheless (erm...yes the car).  Awww, and the first ones off the production line only had 22bhp!  Sweet.  I could have become one of those Sunday afternoon drivers, every day.

However, I really don't think all that stuff is really going to fit in that boot......﻿I reckon the children are sitting on some of it on the back seat, hence their slightly elevated appearance.  And look - no seatbelts!  Aah those were the days when you didn't get garotted by a badly fitting seatbelt as a child, and could make rude faces and gesticulate crudely at the occupants of the car behind you.  Did children do that in the 60s?  Did they know crude gesticulations back then?  I don't think I did - but then I was a good girl.
Posted by Corinna at 16:06 No comments:

Happy Birthday to my youngest niece with the ever-present smile and happy glint in her eye.

I hope you have a lovely birthday, Thea.
Posted by Corinna at 18:23 No comments:
Newer Posts Older Posts Home
Subscribe to: Posts (Atom)