Jon bought himself the complete DVD set of Rumpole of the Bailey a few weeks back and most evenings has watched one or two episodes, with me listening to them, rather than watching, from the other room. I can remember watching some of them on TV with my parents, and being amused that Uxbridge Magistrates Court was mentioned occasionally, as we were actually sitting in our living room in that very town at the time. Some of you will have heard of the series before, some of you will not. A character created by John Mortimer, QC, Horace Rumpole is a somewhat grumpy London barrister who, much to his formidable wife’s chagrin, refuses to better himself and become a QC like her beloved ‘daddy’. He is always talking to himself in court, and quoting from poetry and Shakespeare and privately likes to refer to his wife, Hilda, in a rather derogative manner. Hence I have become somewhat disturbed, and am not sure whether it is a compliment or an insult, as Jon has started to openly refer to me, just as Rumpole privately does of Hilda, as: ‘She who must be obeyed’. The phrase is on a par with Basil Fawlty’s various addresses to Sybil e.g. ‘My little nest of vipers’ or ‘My little piranha fish’ and although these phrases - at a stretch - could be termed as affectionately impertinent terms used between spouses, I am still in the throes of attempting to work out whether to be flattered or to take serious offence and hit Jon over the head with the rolling pin.

However, I am not really that affronted at the phrase being used towards me - I am a Cancerian and therefore have quite a hard shell to crack - but I do just have to ask one question. If this statement is true, then WHY AM I NOT OBEYED!? Now, that is the crux of the matter as far as I am concerned, and it is this point that needs to be urgently addressed. I think Jon may rue the day he quoted from one of his favourite TV series.
Posted by Corinna at 18:54 2 comments: 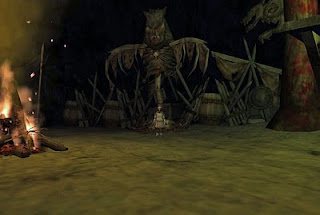