Down in the tube station at midnight 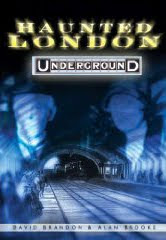 Many people dislike the London Underground and avoid it where possible, while many use it as a means to get to and from work every day. Some people find it scary, and some people have no thoughts one way or the other. I am very fond of it - the smell, the vibration under your feet, the sound of trains rumbling in the distance, and the whoosh of warm air that precedes the oncoming train. The older stations with their Victorian architecture and white tiles hold a fascination of a bygone London never to return. The dark tunnels invite you into their gaping mouths and you can’t help but marvel at the daring of those who used to go in and clean them every night. ‘Fluffers’ or ‘Fluffies’ as they were called were workers who used to clean up the dust, human hair and skin cells that had accumulated over the day - a disgusting notion somewhat and one of those things that you never really think about. Nowadays, the work is carried out by tunnel cleaning trains, but just imagine what it must have been like to walk those subterranean tunnels, especially if you had recently watched a film such as Quatermass and the Pit.

In my youth, I travelled to London often, it being easy access from where I grew up in Uxbridge. Hop on a Metropolitan train and you could go straight to Baker Street, or use one of the tinier sized Piccadilly trains and you could get to Rayner’s Lane and change there.

Many a Friday or Saturday night I was one of the last few passengers on the way out of the capital on the last train, often sitting in a carriage on my lonesome, or perhaps with one other person. My friend used to leave the train at Eastcote where she used to live, a few stops away from the end of the line at Uxbridge. In those days, I never gave travelling on my own so late at night a second thought, and was completely oblivious to anything going on around me as I sat in my solitary splendour with ears ringing from the gig I had just attended, with a purchased poster or t-shirt carefully nestled in my lap. Interspersed with moments of gazing out at the darkness, and probably with my feet (naughtily) up on the seat opposite, I would absent-mindedly twiddle my 70s garb of beads, bells and bangles with one hand and occasionally read, and re-read, the over-priced programme I had forked out for. (These gig souvenirs never really did tell you anything you didn’t already know and, apart from a few new photographs, were usually full of adverts. However, they were a must, and I have kept all of mine, and they are still nice to flick through occasionally even now.) The occasional waft of patchouli that had been dabbed on my wrists, behind my ears (and elsewhere perhaps but I am not letting on) earlier in the evening would occasionally waft towards my nostrils – I love that scent. It is not so easy to find these days in its true pungent, thick form but can be found on-line if you really search it out, but you are apt to be palmed off with some thin, less potent form, which is nowhere as good as the original.

However, my whole point of this really is to lead into the fact that I have been reviewing a book by David Brandon & Alan Brooke called Haunted London Underground (History Press ISBN 978-0-7524-4746-9 £9.99) . There was no entry for Uxbridge, but it did surprise me to note that there was one for Ickenham – one of those stations called at on my oft-weekly excursions. Ickenham is the home of Vyners Grammar School, my old secondary school. A certain drummer I went out with used to live there too, but that is by the by. I am not sure if it would have affected me back then to know that the station was haunted, but probably not. The paranormal has been a subject that has interested me for as long as I can remember and, although I had never seen it myself, my mother had experienced a ‘visit from the past’ when we first moved into our house in Uxbridge.

There are stations mentioned in the book that have experienced mysterious occurrences that cause me no surprise whatsoever. I did not realise until reading the book, however, just how many old burial sites had to be disturbed in order to build the tunnel system that runs under the busy metropolis, so many of these being plague pits into the bargain. The most recent burial ground was excavated between 1991 and 1998 when the Jubilee Line was being extended. Cross Bones Graveyard was once unconsecrated ground used in medieval times for prostitutes or Winchester Geese as they were known. Interestingly this name stems from the fact they used to live and work from dwellings owned by the Bishop of Winchester! By the 18th Century it had become known as a paupers’ burial ground and was closed in 1853. Up to 15,000 people have been buried there.

The first entry in the book is Aldgate. This part of London is well-known in history especially to those who follow the case of the unsolved murders of the notorious Jack the Ripper. His fourth victim, Catherine Eddowes, met her gruesome and untimely death near the station. It is also located near the site of one of the biggest plague pits in London - St Botolph’s Church stands next door and it was here that over 1,000 victims of the plague were buried in the space of only 2 weeks. Aldgate, although part of the underground network, is one of those stations that are above ground, but - not surprisingly - unexplained activity has been recorded there.

Marble Arch station stands close to the spot where around 50,000 people met their deaths during the period between the 12th Century and 1783. Tyburn was situated nearby, along with the accompanying burial pits. It has been reported that people living in the residences that overlook Hyde Park, where the notorious scaffold once stood, have heard the sound of cheering and jeering, along with large crowds seen milling around, dressed it would seem in the clothes of the 18th Century. These are usually seen in the morning, vanish quickly, and are followed by mist.

It is a very interesting book and explains the building of the underground system, each station mentioned having a brief history to explain how it came into existence. There are also two short chapters on closed railway stations and defunct underground stations, together with a chapter regarding those used in film, tv and literature.

Some of the stories do cause you to shiver though, especially those involving the train drivers who sit in the tunnels, on their own in their cabs - with the train empty of passengers - waiting for the ‘go’ light, when they hear doors opening and shutting in the carriages behind them. Now that is scary.....

A good read for anyone interested in the subject, with the interesting additional history behind the building of the London Underground itself.

Ghosts On The Underground:
http://www.youtube.com/watch?v=5FcSYeszW9c

Thanks for that Greatbeast - I enjoyed watching those.

I have never been able to separate in my mind, the tunnels of the underground and yeti! It's all Doctor Who's fault with a (now long-lost) story called "The Web of Fear". I must have been about three years old when that was broadcast.

Thanks for the review - I'll be adding that book to my wish list!

LOL it was the cybermen that scared me - they still do. It is something to do with they way they walk I think. I can remember hiding behind the sofa when they were on TV!