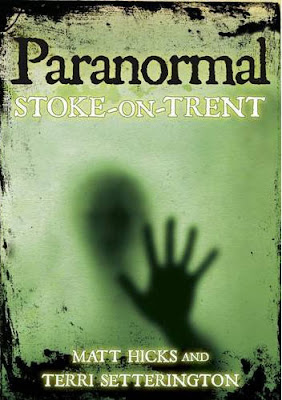 This contains a few areas of Staffordshire that have become vaguely known to me recently as my eldest daughter and her fiancé have moved into the vicinity, so it was with some interest that I have read of a few sightings and unexplained happenings in her own town, and those adjacent to her.

The village of Alton, with its well-known adventure park Alton Towers, is about 15 miles from Stoke-on-Trent, and this is the first entry in the book. During the late 18th and early 19th Centuries, what had once been a modest hunting lodge had been transformed by two successive Earls of Shrewsbury into a palatial home with spectacular gardens. Alton Towers was supposedly the largest private residence in Europe during the Victorian era and members of the public were occasionally allowed into its confines to wander the glades and grottos. However, a dispute within the Shrewsbury family meant that the estate was eventually sold.

You can now join in ghost tours most weekends around the dark corridors of the ruinous Gothic-revival pile and not surprisingly, there are several different kinds of paranormal activity reported there.

The next time you and your family decide to go for a day out to Alton Towers to take advantage of its stomach churning rides that defy the laws of gravity, take note that you may well have company that you were not expecting sitting beside you.

This is a book that will appeal to those who have an interest in the paranormal – those people living in the area themselves may well have heard of most of the entries, but it would be an informative addition to their bookshelves nevertheless.
Posted by Anonymous at 21:19